Are Tattoo Inks Being Banned in the UK?

Looking for a tattoo apprenticeship? 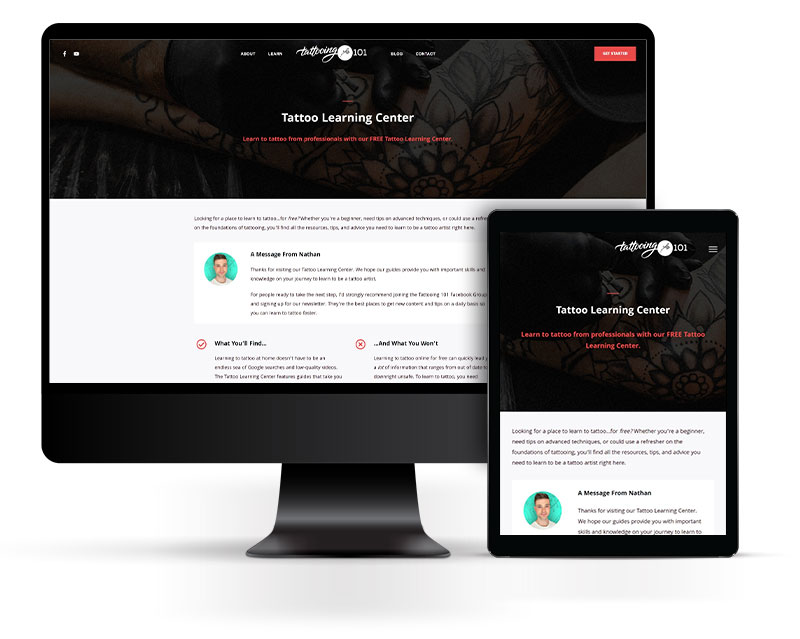 get started
Trigger for Lineworks Popup
Blog
Are Tattoo Inks Being Banned in the UK?

An EU ban on tattoo inks containing Blue 15 and Green 7 is set to take effect in January 2022. The UK will then use that policy to decide if the same tattoo inks will also be restricted there.

To help lawmakers collect information, the UK Health and Safety Executive (HSE) is encouraging tattoo manufacturers and artists to submit information about tattooing safety and ingredients found in tattoo ink.

In the past, the UK relied on EU labs for testing things like tattoo ink. However because they’re no longer part of the EU, this is one of the first times the UK has looked into tattoo ink on its own. And because UK lawmakers want to know more about the subject, they have issued a Call for Information.

The Call for Information is a survey that people in the tattoo industry can fill out. It’s important that tattoo artists and manufacturers do this because:

Banned Inks Can Still Be Used for One Year

If the UK tattoo ink ban is passed in 2022 (likely in April), there will be a year-long grace period for tattoo artists to start using alternative tattoo ink ingredients. The problem is that there aren’t any alternatives that we know of yet.

Once the grace period is over in 2023, the banned inks will no longer be available for sale. Additionally, any petitions created in 2022 will not be to stop the ban – it will be to reverse the ban that is already in place.

Which Inks are Effected?

Any ink containing Blue 15 and Green 7 will be banned. However, because those pigments are so common in tattoo ink, the ban would affect around 65% of tattoo inks currently being sold, limiting the colors tattoo artists can use.

How Toxic Are Tattoo Inks?

The short answer: no one’s really sure. The ECHA announced last year that Blue 15 and Green 7 have been linked to increased cancer risks, which is why they are the focus of the latest tattoo ink ban.

Note: Some artists argue that Blue 15 and Green 7 pigments are safe unless they’re lasered, since that process releases harmful hydrogen cyanide that can affect the body. However, this hasn’t been confirmed.

Carriers can be organic or inorganic. Organic means that the carrier is carbon-based, usually being made of graphite, copper, ash, tree bark. Inorganic refers to minerals and metals.

Both components can cause negative reactions in the human body, and some ingredients could potentially cause cancer, allergic reactions, or damage to DNA.

It isn’t rare to find small amounts of formaldehyde, lead, mercury, and more in popular tattoo inks. However, the main question is if there’s enough of these substances to cause long-term damage to the human body.

Why Tattoo Ink Hasn’t Been Researched

A major issue when it comes to tattoo ink is the particle size and how the body might break down any ink that gets into the bloodstream. We know that ink in the bloodstream can collect in the lymph nodes. How much ink – and what risks that might cause for a person who is tattooed – isn’t known because it hasn’t been well tested.

Because testing the effects requires a lymphatic system, kidney filtration, and more. Basically, to test the ink, you need to test it on a living being.

The European labs testing ink are committed to fighting against animal cruelty. (In the past, the way most products were tested for human safety was to test them on animals first.) The only other option is to create synthetic human tissues, which is possible, but hasn’t been done in this context.

However, the lack of research is making tattoo artists question why the law is being put into place without enough scientific proof. The tattooing industry still has a shady reputation, and some are worried that it’s causing the ban to be put in place out of fear instead of scientific evidence.

How a Tattoo Ink Ban Could Hurt the Industry:

Tattooing has become more mainstream (and safer) in recent years. Some artists are concerned that a ban on tattoo ink could push tattooing back into an underground art form. Because being more “underground” could end up with people tattooing in unsanitary conditions more often, the ban could actually increase the risk of tattoo ink-related reactions and illnesses.

Additionally, a ban on many ink colors could:

How Laws On Tattoo Ink Could Help the Industry:

If an ink ban goes into effect, manufacturers will be forced to change their processes of creating ink or face going out of business. This could lead to a huge increase in the legitimacy of the tattooing industry, leading to:

If tattoo manufacturers regulate their ink, it would take the pressure off tattoo artists to find safe materials. Instead, safe ink would be easy to find and every bottle would have an easy-to-read label (something most major manufacturers are moving toward already).

What You Should Do About the Tattoo Ink Ban

A ban on tattoo ink is concerning for both artists and customers. However, there are a few things you should and shouldn’t do in response…

What Not to Do:

What You Should Do: 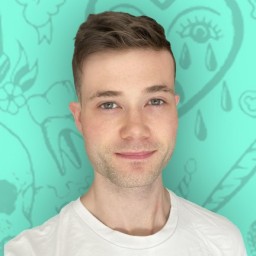 Nathan is a licensed professional tattoo artist with over 8 years’ experience working at studios across the globe, including Celebrity Ink, the world's largest tattoo studio chain. When he's not tattooing, he spends his free time sharing his experience and knowledge with aspiring artists who dream of pursuing a career in the tattooing industry.

SUGGESTED ARTICLES FOR YOU

AJ McCarron and The Art of The Chest Tattoo

Everything You Never Knew About Synthetic Skin for Tattoos

Image from Tattoo Artist Magazine Here at Tattooing 101, we hate to END_OF_DOCUMENT_TOKEN_TO_BE_REPLACED

Taylor Swift and the Art of Fake Tattoos

Join the Tattooing 101 Community today and get free, instant access to tools and resources that take you behind the curtain of all things tattooing. From apprentice to shop owner, we've got you covered. 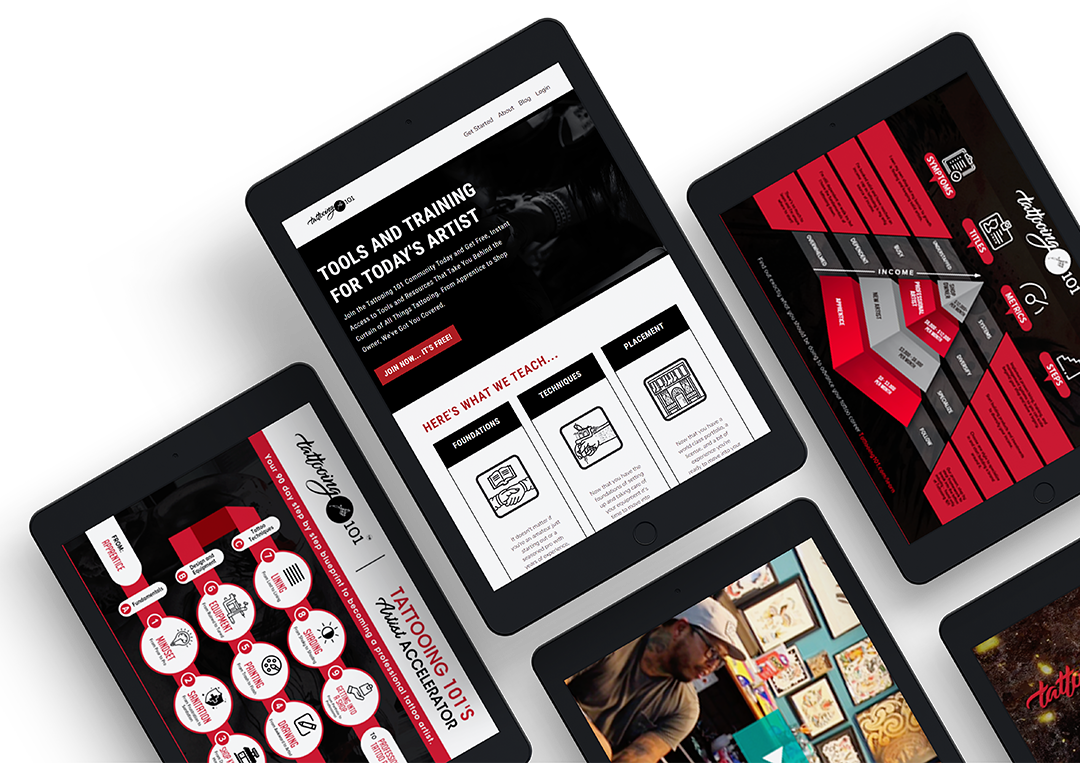 The 5 Biggest Threats to the Tattoo Industry in 2022

A Guide To the Best Jobs For Artistic People

Announcing the winner of the Inkjecta Flite Nano…

This FREE guide teaches you the 7 secrets professional artists use to tattoo perfect lines on any part of the body. BONUS beginner tattoo designs included!

yes, send me the guide!
x

Join our email list and get FREE, instant access to tools and resources that take you behind the curtain of all things tattooing.

Thanks! We've added you to our email list for daily Tattooing tips. Where to next?

Check out our PREMIUM online program