Moby’s New Tattoo and the History of Activist Ink 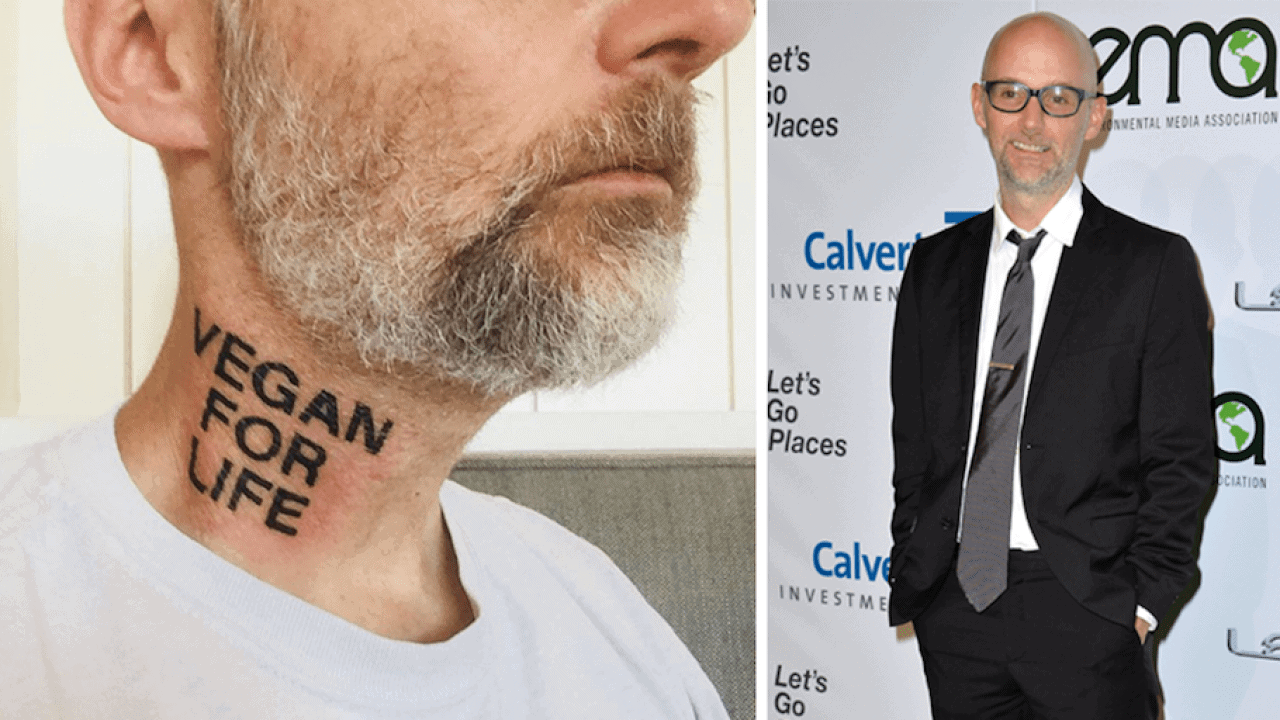 Moby is a musician who has always elicited strong feelings from both fans and haters. He’s not exactly a subtle man, and that’s what brings out these really intense reactions.

That lack of subtlety extends to his newest tattoo. This Moby tattoo is actually a giant neck tat that reads “Vegan for Life.” Of course, it represents Moby’s dietary preferences and, more broadly, his belief in animal rights.

While his tattoo is just as loud and weird as his music, Moby’s tattoo shows that he has joined a proud tradition of activist ink. This tradition has placed tattoos at the center of every revolution worth having!

As you tattoo lovers know, tattoos actually stretch back thousands of years. In fact, scientists have uncovered tattoos on mummies from the year 4,000 B.C.!

The reason behind tattoos has changed over the years. During the American Revolution, ink served a really specific purpose. At this time, the British ships tended to ignore an American’s citizenship paperwork and forcibly recruited the Yankees into service.

We Americans reacted like you might expect: by getting their relevant info tattooed directly on their bodies. With the help of a little ink, they could no longer be forced into British service.

Image from The Navy

When you think about tattoos and World War II, most people have ugly thoughts of the Nazis tattooing Jewish prisoners. However, the tattoo story of this era did not end there.

This wartime period was when more and more soldiers started getting ink. Think of it as a symbolic rebuke: the enemy used ink as a way of diminishing someone’s humanity. The soldiers who fought the allies, meanwhile, used tattoos to showcase their own individuality and creativity.

That kind of fighting spirit helped win the war. And it also helped to define the positive legacy of tattoos for many years to come.

The 1940s and 1950s were largely dominated by patriotic tattoos. Those who got ink often rocked designs that showed the world how much they loved their country via super-patriotic designs.

Of course, this wouldn’t last forever. In the 1960s and 1970s, many Americans became exhausted with the quagmire of Vietnam. Instead of cheering needless conflict, many ink lovers got tattoos of peace symbols and flowers on their bodies.

This new era of activist tattoo grew alongside the counterculture movement. It helped ink and art lovers protect against injustice while also establishing tattoos as a trendy niche. Most of the world was mainstream: tattoo fans, however, went out of their way to stand out with counterculture displays.

All of this brings us back to Moby. In a world where eating meat is mainstream, his ink helps him take a stand for a different way of life. And whether you like his ink or his music, Moby has taken his place in the rich legacy of activist tattoos.

Stop Waiting For the Beat to Drop

Now you know the skinny about the Moby tattoo and how ink equals activism. But do you know where you can get more awesome tattoo news each and every week?

At Tattooing 1010, we bring art to life by shining a spotlight on all things ink. Bookmark the site today so that you never miss a beat. We won’t even make you wait for the beat to drop!