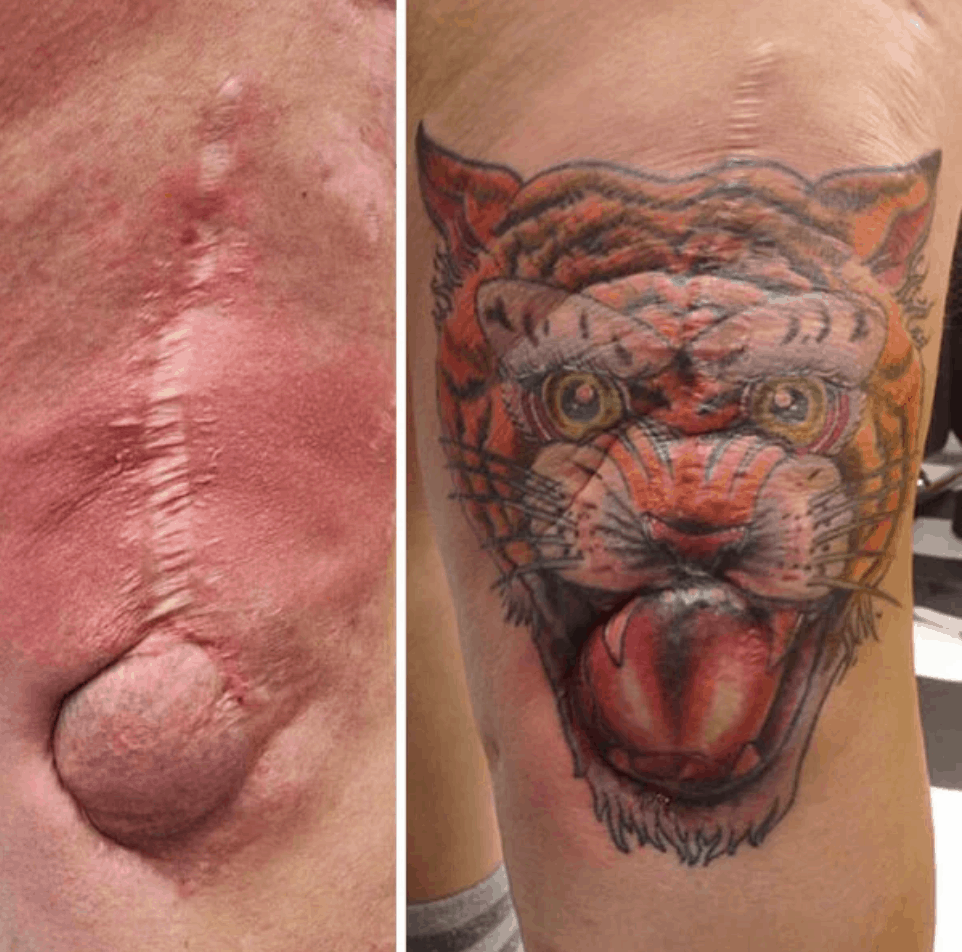 Right now, the news is filled with stories about legislators regulating what people can do with their own bodies. However, no one expected that tattoo artists would be the next group to face such scrutiny!

Over in Kentucky, there was a recent push to ban covering up scars with tattoos. But what caused this proposal, and what ended up happening?

Keep reading to discover the answers!

Who Is Doing What?

This proposal actually came from the Kentucky Health Department. And it was intended to keep anyone from covering up any kind of scar on their body with tattoos.

There were some good intentions to this proposal, but the vague wording meant it would be very disastrous for tattoo artists and those who love getting tattoos.

Fortunately, thanks to a vocal uprising from the community, this wild proposal may end up being a non-issue!

The initial motivation was seemingly just to update state regulations on this matter. Because they hadn’t been updated in over 15 years, state officials thought it was time to update what people could (and couldn’t) do.

Another possible motivation concerned melanoma scars. Some officials were considered that people might attempt to hide these scars and that this would cause further trouble down the line.

If you’re wondering how this ended up affecting tattoos, it all comes down to some ambiguous phrasing on the state’s part.

How Does It Affect Tattoos?

Image from The Popple

While keeping people from covering up melanoma scars may or may not be a good idea, the state did not specify what kind of scars they were talking about. And this is where it starts getting weird.

Thanks to their phrasing, nobody in the state would be able to cover up scars of any kind. This included covering up things like stretch marks from pregnancy, which is one of the most common tattoo coverup requests.

And it gets even weirder! At the most basic level, a tattoo is a permanent scar on your body. Under the state’s vague wording, people would not be able to get any kind of new tattoo to cover up an old one. After all, they would technically be “covering up a scar!”

Fortunately for tattoo artists and lovers, this story seems to have had a happy ending.

What Ended Up Happening?

Recently, the state of Kentucky has seemingly backpedaled on the issue. Thanks to the massive public outcry against this proposal, they will be going back to the drawing board on this matter.

That means that while a new proposal may be incoming, it should not be so inclusive as to affect people getting tattoos for stretch marks and mastectomies. And, of course, the new proposal shouldn’t affect people who simply want to cover an old tattoo.

It’s our hope that the new proposal focuses on matters of health and not matters of appearance. After all, that’s what the state’s health department is supposed to be doing!

The Kentucky incident isn’t entirely over. However, the state backpedaling on their vague wording shows how important it is for tattoo artists and lovers to speak out against the legislation that affects our lives.

Want to stay in the loop about other legal challenges to tattoo lovers? Be sure to bookmark Tattooing 101 and get the latest scoop each week!