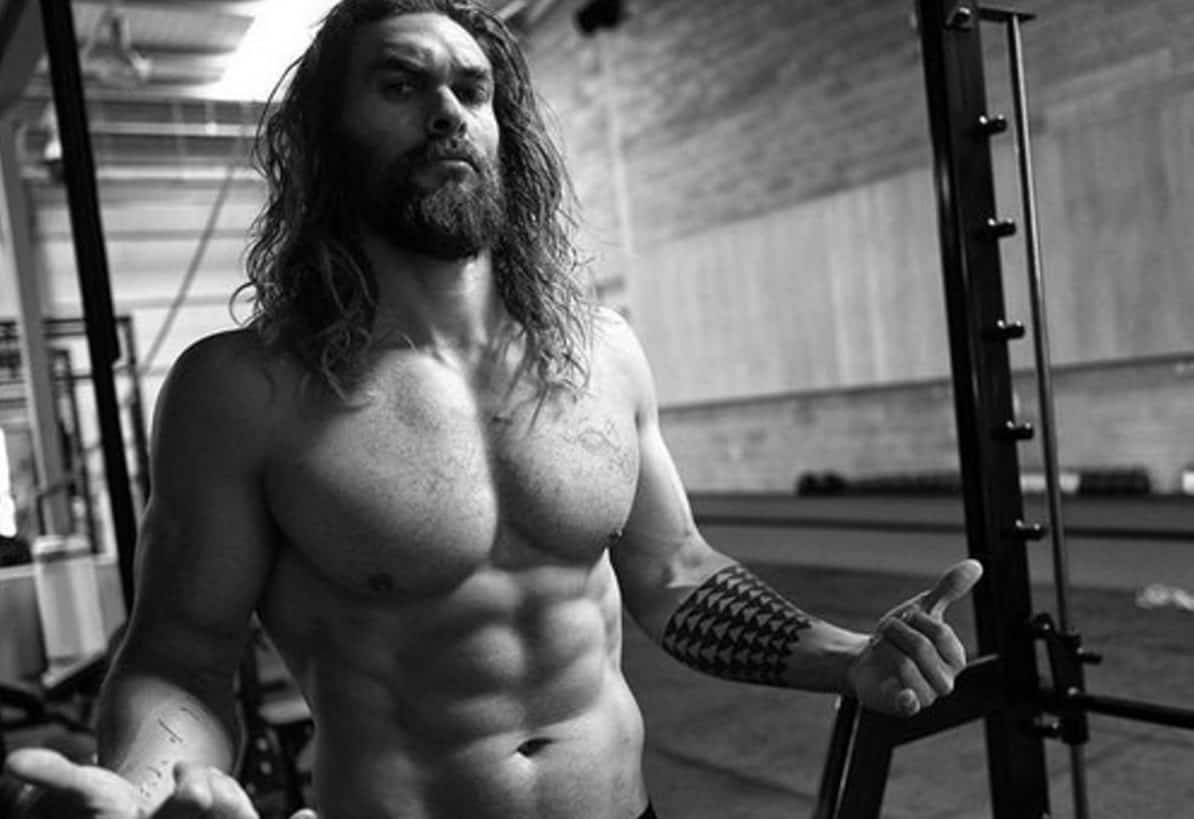 Jason Momoa is famous for his tattoos. And the Jason Momoa tattoos aren’t limited to his fictional characters, either: in real life, the superstar is rocking some really cool ink all over his body.

Want to learn the scoop about all of his onscreen and offscreen tattoos? Then keeping going to discover our deep, Aquaman-esque dive into the world of Jason Momoa tattoos.

Much of the world first discovered Jason Momoa when he played Khal Drogo on the hit TV show Game of Thrones. In addition to his muscled build, the first thing people notice about this character are his tattoos.

Within the show, the primary purpose of the tattoos were to make Momoa look even meaner and sleeker than he already did, especially when the character was fighting. And this character ended up being very inspirational in the tattoo community: plenty of people have tattoos of phrases and symbols from his onscreen people, the Dothraki!

When we first saw onscreen Aquaman, a few fans were confused. This super-tattooed superhero didn’t look a lot like his comic counterpart.

There are a few reasons for this, though. First, both director Zack Snyder and Momoa himself wanted Aquaman to represent Polynesian culture, and the extreme amount of body tattoos helped to do so.

In addition to generally representing this culture, Momoa’s Aquaman tattoos show him to be a fearsome warrior. Some of the tats include spearheads all over his arms that help to highlight a simple fact: this guy is a living weapon!

Finally, on a practical level, all those Aquaman tattoos help to cover up Momoa’s real tattoos.

One of the simpler Jason Momoa tattoos is the one on his finger that reads “Diablo.” Don’t worry, though: it’s not as sinister as it sounds.

Momoa has said that this tattoo honors a friend who passed away. And he shows it off pretty often by flipping off the press!

In the DCEU movies, we see that Aquaman loves some hard liquor. It turns out that Momoa does as well.

Look on his right arm and you can see a tattoo in French that reads “etre toujours ivre.” What’s it mean? “To be always drunk,” of course.

The right arm is pretty busy for Jason Momoa tattoos. The other side reads “Pride of Gypsies.” Why this strange tattoo? It happens to be the name of Momoa’s creator-centric production company.

Sorry, ladies and gentlemen: Jason Momoa is tied down pretty firmly as a family man. Not only does he have a lovely wife, but he’s used ink to memorialize his children.

They stay close to his heart, quite literally: their names are inked directly on his chest.

Arguably, the most noticeable Jason Momoa tattoo is on his left arm. It is a full sleeve of triangles that take up nine entire rows.

It’s a very striking look, and you’ll see it onscreen as well. Look closely, and you’ll notice this real tattoo has been integrated into his Aquaman look.

So Long, and Thanks for All the Fish

Now you know the scoop on Jason Momoa’s tattoos. But where can you get the rest of the news you can use?

Be sure to bookmark Tattooing 101 for the latest and greatest news from the world of all things ink.