Everything You Need to Know About the Jagua Tattoo 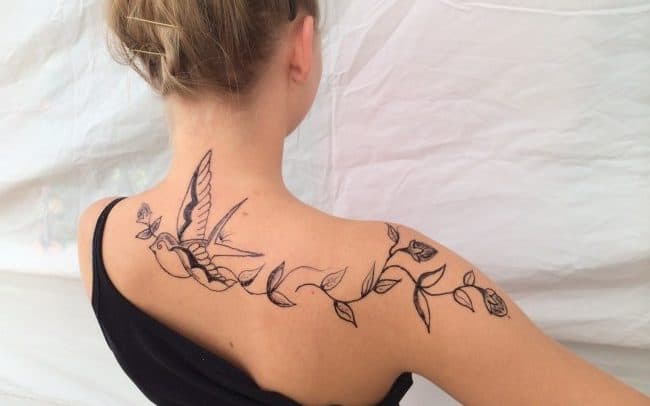 The hottest new trend in the world of tattoos is the jagua tattoo. In fact, this tattoo is so hot with so many people that you may be afraid to admit you don’t know much about it.

Don’t worry, though: we’re here to keep your street credit alive by telling you everything you need to know about the jagua tattoo!

What Is a Jagua Tattoo?

First off, a jagua tattoo isn’t like a traditional tattoo. Instead of using standard ink, these tattoos are made from a special fruit extract known as “jagua.” And in many ways, this isn’t a new idea.

In fact, many cultures have used jagua to decorate their bodies for several centuries. It’s only recently become a big deal in North America and Europe, though, creating a trend that’s now sweeping the rest of the world.

Another thing you should know about jagua: it’s different from henna tattoos.

How Is It Different From a Henna Tattoo?

The idea of temporary tattoos isn’t new, either. In fact, many people have enjoyed rocking some cool henna tattoos over the years. That brings us to an important question: just how is jagua different from henna?

On a functional level, jagua can be a bit more convenient. After about two hours, it will stay on your skin for a good, long time. Although the jagua gel itself can take longer to dry than henna does.

Is the Jagua Tattoo Safe?

Another big money question about jagua: are these kinds of tattoos safe? Generally speaking, the answer is “yes.”

One of the jagua selling points is that it is all-natural. In fact, in the cultures where it originated, it has even been used for many medicinal purposes.

Basically, the only way that jagua can be harmful is if you are already allergic to the fruit that it comes from. However, this is not a common allergy at all.

How Long Does It Last?

Like henna, jagua tattoos are often referred to as “temporary” tattoos. Before you shell out cash for a cool gel tattoo, though, you may be wondering just how temporary these tattoos really are.

On average, these tattoos typically last between ten days and two weeks. However, some people can make them last as much as three weeks and as little as one week. If you really want it to last a while, try to avoid taking hot baths or swimming in pools filled with chlorine.

Now you know all about the jagua tattoo. But do you know where to get the rest of the latest and greatest news in the world of ink?

Be sure to bookmark Tattooing 101 to stay on top of every tattoo trend!